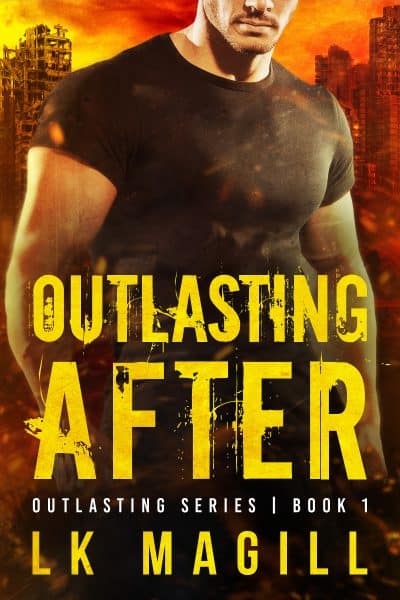 It’s the apocalypse and all bets are off, until Cole Tanner’s strike team finds Hannah. She’s the last woman alive . . . well, the only one Cole and his team have seen in years. But she doesn’t bring them answers. Nope, that’d be too easy.

There were no women left. He was sure of it. After the war, Cole Tanner was pretty certain they were all dead.

He and his strike team hadn’t seen one in years.

But then there she was. A woman. All alone, standing in the middle of the road. His road.

She looked so haunting. So hungry and dirty, and well . . .  vulnerable. He was going to help her, really he was. And for a split second, he wondered just how she’d survived.

Then she leveled the gun at him . . . and he had his answer. Damsel in distress? Apparently not.

But that didn’t change things, not how Cole saw it. No, she still needed him, and his team. Same as they needed her. And Cole was nothing if not good at convincing people to follow him. Or at least, he used to be.

So he’d try his hand one more time, and hope she didn’t pull that trigger.