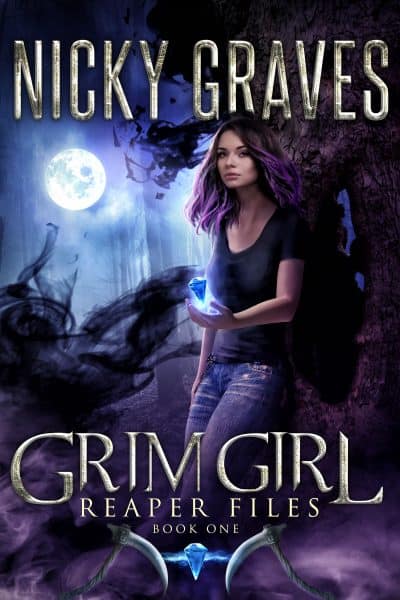 Life just became complicated . . . and deadly. To follow my destiny, I must die. “This is well written and has fantastic characters. I cannot wait to see what happens next! Phenomenal job!!!” —D. Milligan, reviewer

I never used to see ghosts, but life took a bizarre detour. Avoiding dead people and their reapers is now impossible.

I found out they’re real too. And, in an odd twist of fate, I’m destined to become one. However, not many in the reaper world want me in their ranks, including the Grim Reaper, aka the king of death and all things scary.

Now I must enter a terrifying new world and keep up normal appearances at school. It’s becoming an increasingly difficult task, especially since my trainer has the initiative of an overfed hamster.

And that’s not even the worst of it. To follow my destiny, I must die.

If you like action packed books filled with enthralling characters, a deadly plot, and enough twists to keep the pages turning, read Grim Girl.