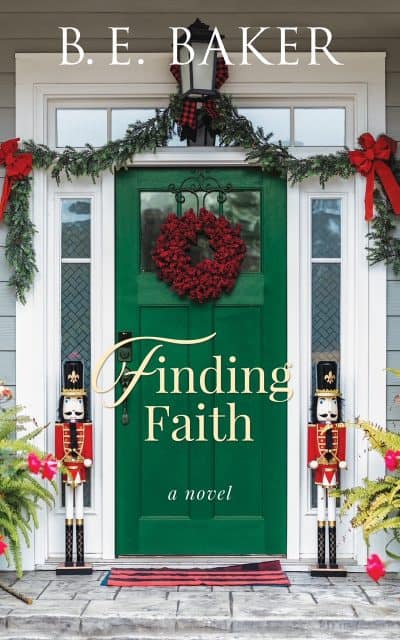 Due to her rough childhood, Mary decided she never wants kids. But when she falls for Luke, a charming widower with two children, can she face her fears for love? “Filled with laughter . . . and an endless craving for the story to continue” (Publishers Weekly).

“Despite the complexities [of] this tale, Finding Faith reads like the honeymoon stage of a relationship. It’s filled with laughter, an idealized reality, and an endless craving for the story to continue. Luke’s and Mary’s love offers a temporary euphoria that shows romance is sometimes found where it is least expected.” —Publisher’s Weekly

Two decades ago, Mary’s mom walked out. A few days later, her dad started drinking. He never stopped. Mary swore off alcohol. She also decided she’d never have kids, just in case she took after her parents.

A year ago, Mary’s boyfriend dumped her because she didn’t want to have any children.

Yesterday, for the first time in a year, Mary met someone. Someone hunky. Someone smart. Someone who made her goofy smile. Someone who sent a shiver up her spine.

She won’t find out he’s a widower with two kids for at least two more days. Can she overcome her fear and find the faith to trust someone else . . . and herself?