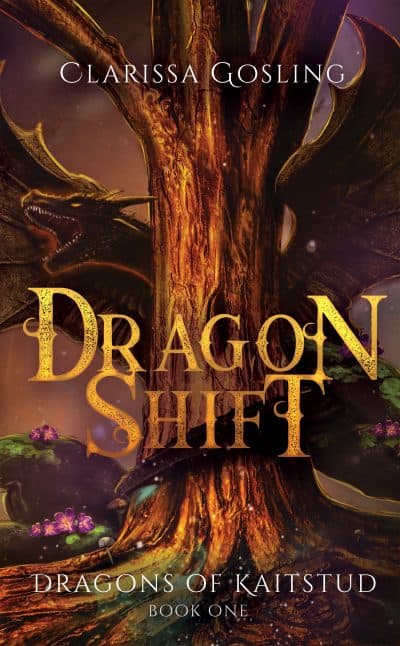 On the continent of Kaitstud, dragons are feared and thought extinct. The four clans who now rule the continent condemn and slaughter any hints of dragons.

In her sixteenth summer, Birgith must face her manifestation test with all the others of her age. The test will prove her ability and solidify her place with the Bear Clan that has raised her.

Birgith might shift into a bear . . . But she could also end up a dragon. And if that happens, she’ll end up dead and the four clans of Kaitstud will hunt and slaughter the family she’s never met.

But when the test comes, she is unable to shift at all. She is exiled and classed as a lowly human. Trapped and alone, she fears never being able to escape or find out who she really is.

A group of travelling traders provide a way out, but she is unsure how much trust them. Will they help her with her search, or be the first to join the hunt? Birgith needs to decide before it is too late.