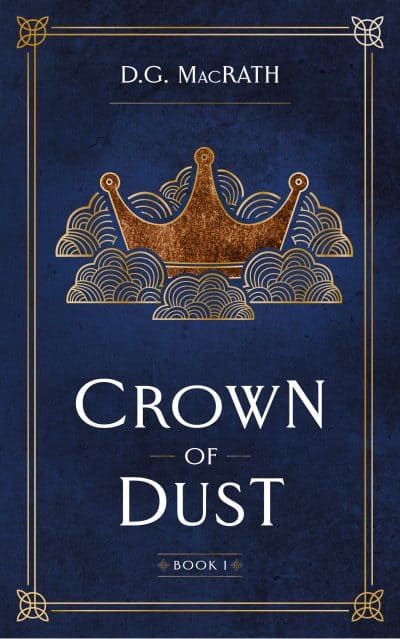 A generation after a savage civil war, Mata rules as Prince Regent. But the festering wounds of the past remain. The Realm’s ancient religion wanes. A new creed rises. Treacherous lords lurk in the shadows, waiting for an opportunity to strike.

The Realm’s uneasy peace shatters when a foolish young noble rides against Mata in open rebellion. The wearied ruler must once more rouse his old body to defend his family, his people, and his right to rule. But in the red mist of battle, Mata’s distinction between justice and evil blurs.

If he can push back the usurper, Mata will usher in a new era of peace. But if he fails, he will condemn his people to more vicious bloodshed.

“Violent and harsh, this is the story of a good man’s descent into tyranny.”

“From bucolic forests to weathered castles, MacRath depicts his scenery in such detail that it will place you in the damp moss between the cities of the realm or amongst a regiment defending their marquess.”

“This novel immerses you within a new fantasy world with deep ties to the Scottish and Celtic histories.”