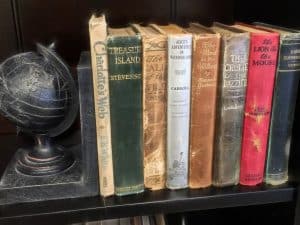 Have you ever wondered what the greatest books of all time were? You're not alone. Many others have pondered this same question, and some critics have even created their own "greatest" books of all times lists. However, I guess the cliché is true that book lovers can't pick a favorite book, because these lists never really seem to match.

So what did I do? I took 14 of the most popular "greatest" books lists, and compared them. Some of the lists were created by critics and literary magazines, but I also threw in a couple lists that were created by book ratings and reviews from non-professional readers. What I ended up with was a list of over 600 books, with about half of the books only being mentioned once. Originally, I planned to allow books that had mentions on at least half of the lists entrance to the best of the greatest books of all-time list, but because there were so few books that fit that criteria, I lowered the entrance fee to 4 mentions. Most, but not all, of the rest of the books I compiled are in an honorable mentions list.

The Almost "Greatest" Books of All Time (3 Mentions or Fewer)