The Best of "Change A Letter, Ruin A Book"

There's been a trend going around for the past few years where people change/ruin book and movie titles through a variety of different criteria. Some of the different variations of this you may have seen are changing one word, removing or adding one letter, and/or replacing one word in the title with another, such as "bacon." One of my favorite variations of this game, is to change one letter in the title or change a letter, ruin a book, because it seems to take a little bit more thought power to come up with something that works, and even more to come up with something that's clever.

It's been a while since I've seen a title game make the rounds, so I thought it would be fun to reminisce about some of the fun title mix-ups of the past, and enjoy some new ones together, if the creativity strikes.

These games were quite popular on twitter, probably because of how easy it was for anyone to search through the hashtag and share their clever ideas with the masses. Below are some of the most popular tweets. 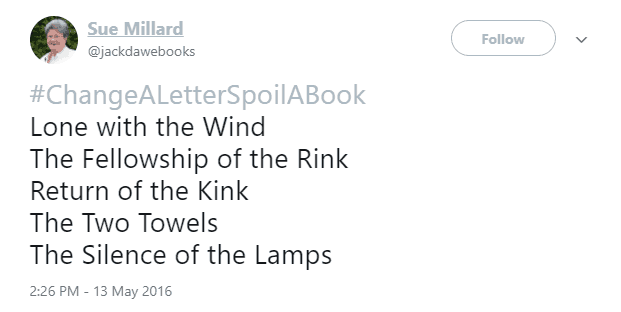 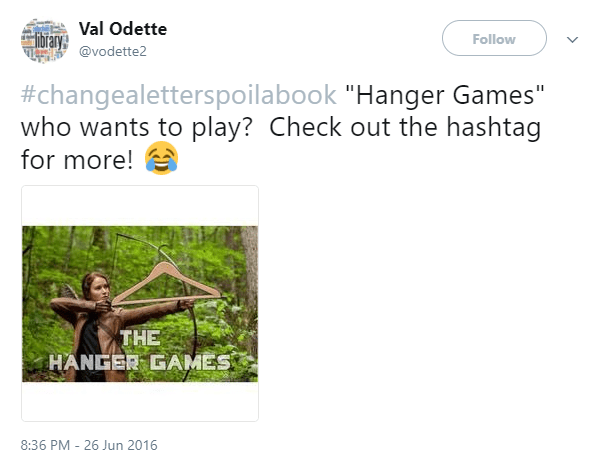 Change One Letter of a Book Title on Reddit

The fun continued on Reddit. And, to double the fun, Reddit asked users to give a brief summary of what their new books would be about. See some of our favorite examples below.

What other fun titles can you come up with if you change just one letter in a title? Don't forget to share with us in the comments so we can all enjoy!