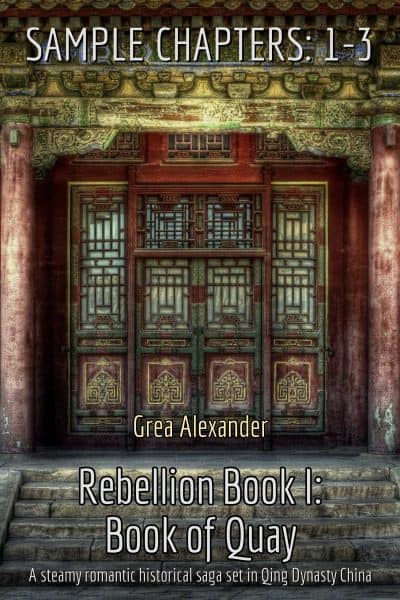 As the Han rebellion against the Emperor intensifies, the Princess Soung may just find herself a casualty in the battle between her father and the man she loves – a battle between the past and the present, between the truth and lies, between love and revenge.

“A rebellious princess on the road to ruination. A roguish kidnapper with his sights set on revenge. One hot tempestuous affair. “

Some wounds cut too deeply to ever truly heal, to ever be forgotten.

For the rebel Phong Quay, Princess Ni Soung is one of those wounds – a remnant of the most painful chapter in his life, a pawn in his never ending war with his greatest enemy, the Emperor Ni Fehn.

As the Han rebellion against the Emperor intensifies, Princess Soung becomes caught in the middle.

Rebellion is a steamy, romantic, historical saga set in Qing Dynasty China that is centered around a feisty princess with repressed memories and her tempestuous relationship with her roguish kidnapper.