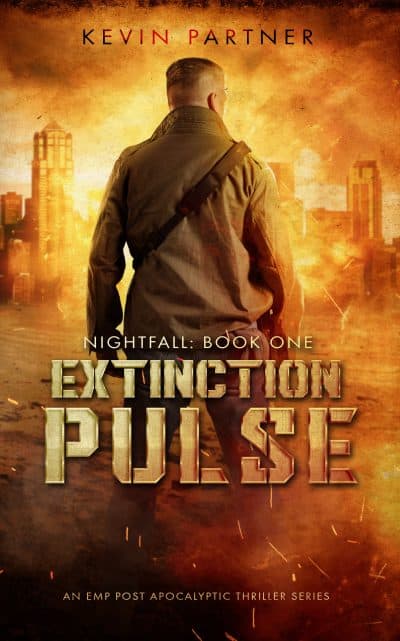 Nothing will stop this father from finding his daughter. Not even the end of the world. Mankind is on its knees, and the clock is ticking.

Nothing will stop this father from finding his daughter.

Not even the end of the world.

Detective Elijah Wade is on the trail of a serial killer when the skies above Los Angeles erupt into the most spectacular light show humanity has ever seen. And the most deadly. His daughter is in a hospital bed on the other side of the continent, but where does his duty lie now? To her, to justice or to his species?

Astronomer Hannah Redman watches as her colleagues die one by one, victims of a lethal dose of radiation. Can she survive long enough to discover what’s caused the catastrophe and whether it will happen again?

Two sisters arrive at the family cabin deep in the woods for a gathering that never happens. An old woman finds she’s not quite as prepared for the end of the world as she thought and a Mennonite couple remain true to their faith even as the Great Tribulation unfolds around them.

Extinction Pulse is the first book in the Nightfall series of post apocalyptic adventure novels, by established PA author Kevin Partner. This series focuses on the individual stories of ordinary people as they struggle to cope with the most deadly event since the asteroid that wiped out the dinosaurs. Themes include EMP, preparedness, and an examination of the true nature of humanity when the veneer of civilization is suddenly stripped away.

Mankind is on its knees, and the clock is ticking.