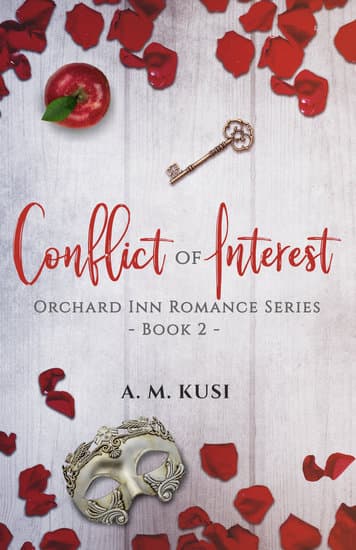 After a sizzling one-night stand with his boss’s only daughter, ambitious Jax wants the one thing he can’t have: irresistible Harper. But can she work her way behind the iron bars that guard his heart before it’s too late?

He just had the best night of his life . . . with a completely off-limits woman.

When Jax sets his mind on something, the task is as good as done. And with a coveted promotion within sight, he feels unstoppable. But when his seriously hot fling at the masked ball turns out to be his boss’s daughter, he may have sabotaged more than his career . . .

Harper is fed up with living in her family’s shadow. But at least employment at her father’s company has one hunky benefit: she gets to be close to Jax. And after her thrilling one-night stand leaves her senses on fire, she craves another chance to slip between the sheets.

With the couple working in such intimate proximity, they agree to keep their sizzling evening a secret. And while Jax tries to refocus, he’s powerless to stop thinking about the irresistible and totally forbidden hottie.

Can Jax and Harper mix business with pleasure, or will the scorching chemistry send their careers up in flames?

Conflict of Interest is the second standalone novel in the steamy Orchard Inn contemporary romance series. If you like ambitious men, fiery women, and a dash of humor, then you’ll love A. M. Kusi’s spicy tale.

Buy Conflict of Interest to undress office politics in the bedroom today!