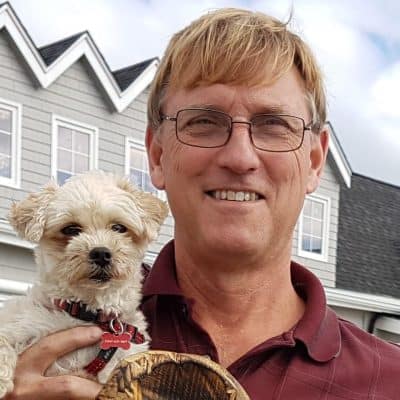 Award-winning author of The Antunite Chronicles. I released all three books of my trilogy (Antuna's Story, The Rise and Fall of Antocracy, and Antunites Unite between May and September this year, and now I am concentrating on marketing. Multiple reviewers have said these books belong on shelves next to the classics Animal Farm, 1984, Brave New World, and Dune. Now I need to convince readers to get copies. look for them here:
https://www.amazon.com/dp/B0B1JNBCTK?binding=kindle_edition&ref_=dbs_s_ks_series_rwt_tkin&qid=1669300535&sr=1-1

The author, Terry Birdgenaw, is a long-time Professor of Neuroscience and Psychology, who recently took up science fiction writing. He is also a Metis of Oji-Cree, English, Scottish, Dutch and French-Canadian heritage, whose mother’s first cousin is a long-time lead elder of the Metis Nation of Canada. However, Terry would argue that by moving away from the Oji-Cree territory a few generations ago, his family became assimilated by European Canadian culture. Yet, Terry has long been fascinated by the story of his ancestor, Mistigoose, the indigenous Canadian woman who was the first to welcome a European into his mother’s family line.
Mistigoose was both a tragic figure and an inspiration for this novel and series. Her tragedy was that she drowned herself while distraught over the loss of her first son William, whom her British husband Robert had taken permanently to England. Against her will, the author’s fifth great grandfather wanted to ensure their son would be eligible to receive a handsome inheritance promised to his heir. Ironically, as British law prohibited Metis from owning property, William never received his rightful inheritance, so his translocation and mother’s death were both in vain.
The translation of Mistigoose, an Oji-Cree word, inspired parts of the story told in The Antunites Chronicles. In English, Mistigoose means little branch or twig. The title character of Antuna’s Story, whose own mother drowned, used a twig in a selfless effort to save her newfound friend Dinomite. The resolution of the second book in the series, The Rise and Fall of Antocracy, also depended on the insectoids’ realization that they needed tiny insects to break down little branches to generate the new soil required to rehabilitate their spent lands.
Check out my website: https://terrybirdgenaw.wordpress.com/ 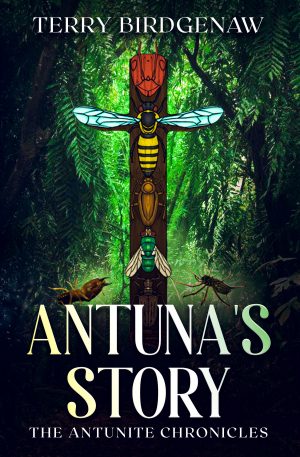 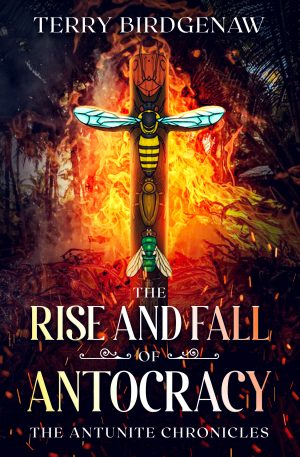 The Rise and Fall of Antocracy
by Terry Birdgenaw
Moderate
$4.99
view 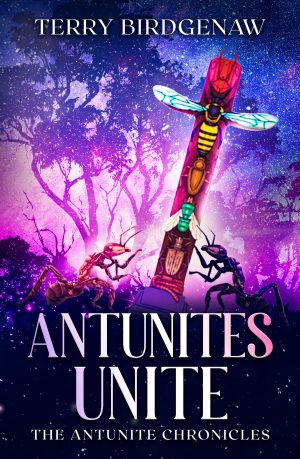