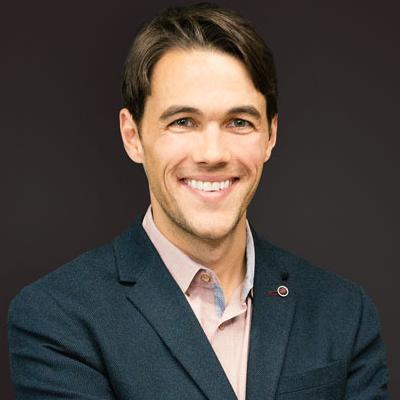 Excited to finally see my new book, The Introvert's Edge to Networking, out in the world!

In primary school, I told a teacher that I wanted to be a lawyer. My teacher told me to "set more realistic expectations."

I grew up in Craigieburn, Australia. People from my town don't run businesses or, if they do, it's blue-collar. People who want to do any better than how they were born suffer what we call in Australia "tall poppy syndrome": the tallest flower in the field gets cut down. Best not to be seen as trying too hard or dreaming too big.

After I got promoted to a sales manager, my company moved me to Adelaide. When I came home one weekend for a party, I met up with an old classmate who had been one of the "cool kids" in school. In catching up, he related that he'd found a job at a local factory.

"Matt," he said, "you did it right. You were one of the smart ones. Growing up, I'd always believed that I should focus on enjoying my life in the moment, not worrying too much about the future. Now, I spend all day working in front of a furnace. It's hot as hell. I wish I'd worked as hard as you did to get out and make something of myself."

This was news to me. I'd always felt stupid as the tryhard kid. The reason I spent hour upon hour in school was because I was always so far behind everyone else. My Irlen Syndrome wasn't diagnosed until I was seventeen years old. I graduated with the reading speed of a sixth-grader.
But maybe that was a blessing in disguise. Maybe if I'd had the same natural abilities as my classmate there, I would have been part of the status quo. Maybe my disability pushed me to become something more than I would have been otherwise. I like to say that our failures seed the success of our future.

I think it works the same way for introverts. Because we don't have the same natural abilities as extroverts, we have to make up for it in other ways...but that extra effort actually gives us an edge over others.

The rules of the game never seemed to work for me. I've always had to create my own by necessity. For instance, just eighteen months into launching my first company, I was in a pool hall with friends when a guy on the other side of the room, strung out on meth, went crazy. He broke a glass bottle and attacked me, tearing a gash across my face; he missed blinding me by mere millimeters. It took twenty-six stitches, painful plastic surgery, and a total of five years to heal. I had just begun to build my self-confidence. A disfiguring scar killed all that.

Before, I looked like an innocent, acne-riddled, nerdy high school kid who couldn't tell a lie if he tried. With the scar, I looked like a bikey just come from a bar fight. Even a year later, the scar still looked raw, especially because the doctors had to keep reopening it as part of my recovery.
My appearance no longer naturally established trust. I had to redesign my sales process to actually overcome people's instinctive mistrust of me (leading to the credibility step that later became integral to my system).

I was making more money than I'd ever dreamed of. I had the nicest car, the best clothes, and lived in an embarrassingly expensive penthouse overlooking Melbourne. During the city's annual business awards program, I found myself up on stage receiving the prestigious Young Achiever Award. Not only was I successful, but everyone else saw me as a success, too. I had it all. I was living the dream.

I vividly remember the feeling after coming home to my penthouse and putting my award on the shelf: miserable disillusion. I decided I needed to do more. Over the next several years, I launched more businesses, earned more money, transformed whole markets, and reached even more success. But nothing was enough; nothing filled that enormous gap in my soul.

I decided to take a break and travel the world for a year, hoping I'd discover...something. I partied at Carnival in Brazil and Coachella. I went shipwreck diving off Gibraltar and meandered through the Swiss Alps. I stood atop Iguazu Falls. I hiked to the overlook of Machu Picchu. I even ran with the bulls in Spain.

I was searching my soul even as I was searching the world...and I discovered something.
All the "success" I'd chased wasn't really about getting those things. I didn't actually care about the car, the penthouse, or the notoriety. I discovered that I'd pursued all those things because I wanted to prove to the world that I wasn't some little learning-disabled kid worth nothing. Well, I'd proved it. But I still felt empty.

Looking back over my experiences, I remembered when I'd felt the most fulfilled. Out of all my experiences, the Pollard Institute made me the happiest. Helping skilled professionals find confidence to proudly articulate what they do in a way that led to a client who paid them what they were truly worth--and seeing them create a system that enabled that to happen again and again--made such a transformative change in these business heroes' lives. To hear Derek Lewis, Alex Murphy, and others testify about what my advice has done for them still gives me goosebumps.

That's my mission: to bridge the chasm between someone's struggling dream and a rapid growth business they love.

Beach - love the sound of the ocean

The Introvert’s Edge to Networking
by Matthew Pollard
Mild+
$14.99
view 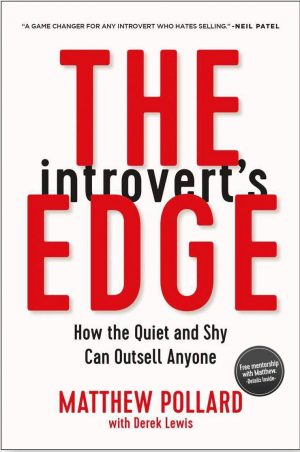