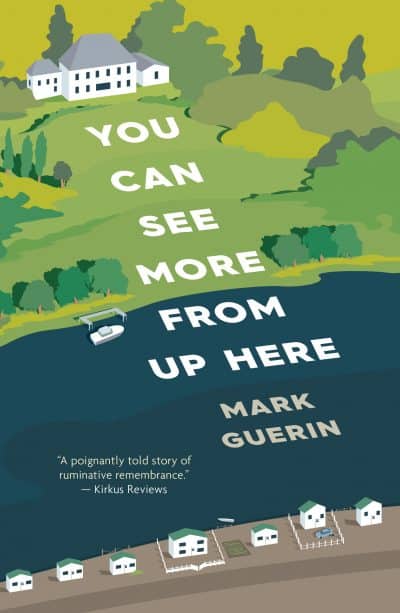 You Can See More from up Here

Called a “poignantly told story of ruminative remembrance” by Kirkus Reviews, this literary novel set in the 1970’s is a father/son story about a violent encounter at an automobile assembly plant that forever alters their relationship.

“A book about power, race, privilege and the failings we inherit.” —Michelle Hoover, author of Bottomland

In 2004, when middle-aged Walker Maguire is called to the deathbed of his estranged father, his thoughts return to 1974. He’d worked that summer at the auto factory where his dad, an unhappily retired Air Force colonel, was employed as plant physician. Witness to a bloody fight falsely blamed on a Mexican immigrant, Walker kept quiet, fearing his white co-workers and tyrannical father. Lies snowball into betrayals, leading to a life-long rift between father and son that can only be mended by the past coming back to life and revealing its long-held secrets.

You Can See More from up Here is a coming-of-age tale about the illusion of privilege and the power of the past to inform and possibly heal the present.