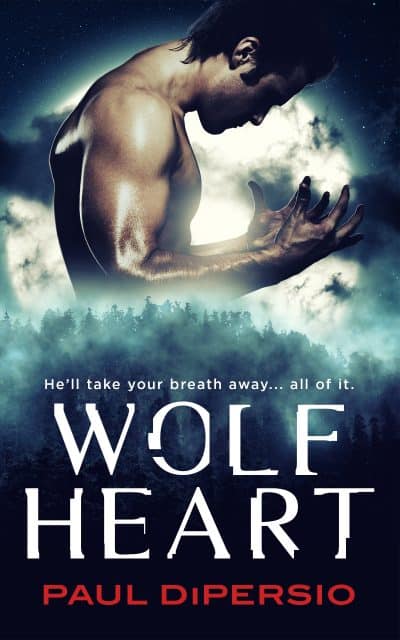 David Holtz’s new heart has a mind of its own and doesn’t like being trapped in the body of a human. It yearns to break free, to hunt, to kill . . . and it’s very hungry.

And if he doesn’t find one soon, his six-year-old daughter, Chloey, will end up in a foster home.

Turns out, the biotech company he used to work for, Gentax Corporation, has a brand new genetically engineered heart waiting for him at its secret research facility, somewhere in the jungle of southeast Mexico.

But there’s a catch. The new heart was harvested from a wolf. And the stem cell infusion he must undergo to prevent rejection—well, that’s from a wolf as well.

With time running out, Gentax’s brilliant and eccentric Chief Scientist, Doctor Knochenmus, makes David an offer he can’t refuse: volunteer for the experimental heart transplant, and his daughter gets a six-figure trust fund.

And as an added bonus, David’s personal nurse, Amiya, is the most beautiful woman he’s ever laid his eyes on.

But there’s another catch: his new Wolf Heart has a mind of its own, and doesn’t like being trapped in the body of a human.