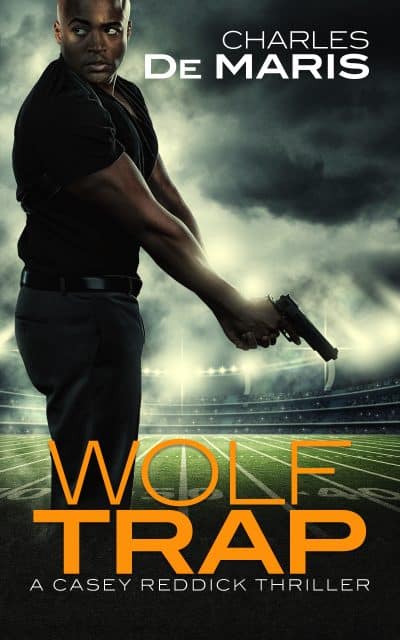 When terrorists claim his sister’s life, he refuses to be benched. Can a college quarterback save the US from atomic annihilation?

When terrorists claim his sister’s life, he refuses to be benched. Can a college quarterback save the US from atomic annihilation?

Heisman Trophy winner Casey Reddick is set to take the NFL by storm. But after a freak injury ruins his Super Bowl dreams, he never expected the saving grace of getting drafted into private intelligence. And he’s devastated again when his intel on an imminent attack is ignored, and the violent blast costs him his beloved sister . . .

Vowing to prevent more innocent deaths, the QB-turned-spy moves into field duty to hunt down a terrorist with a thermonuclear-sized chip on his shoulder. But with powerful moles radicalizing expendable pawns, Casey must overcome impossible odds to defend the country from decimation.

Can an All-American athlete defeat a ruthless enemy who doesn’t play by the rules?

Wolf Trap is the action-packed first novel in the Casey Reddick thriller series. If you like big-hearted heroes, pulse-pounding threats, and twisted conspiracies, then you’ll love Charles DeMaris’s explosive tale.

Buy Wolf Trap to drive into the red zone today!