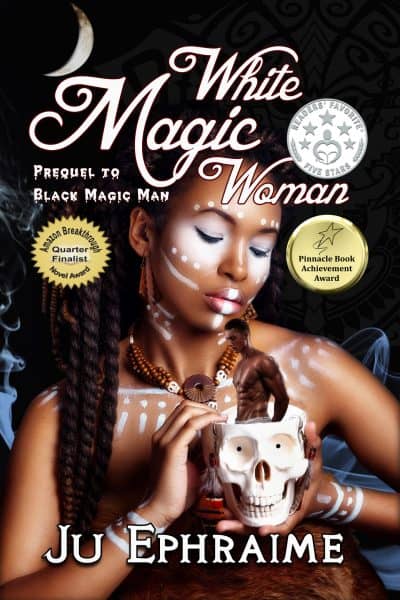 Newly married, Todd Montgomery was happy with his life. He has a job he loves and a wife he adores, life couldn’t be better. His work as a research scientist took him all over the world, but now stationed on the tiny island of St. Lucia in the Caribbean, he becomes the night-time plaything of one of the most powerful sorceress on the island.

Simonia was passionately in love with her husband, Todd, and lives for the moments they could spend together, whenever he got a break from his demanding job. But, when on one of his trips home, he could not perform with his beautiful wife; Simonia was beside herself. She thought he was cheating on her. Not knowing how to handle such deception, Simonia became very despondent and cold to her husband.

But when Todd came home suddenly and told her he was the object of a sorceress’ obsession and it had gotten so bad, he had to leave his job and return home to seek help. She believes him, especially since the witch had followed him all the way to New South Wales. Todd was helpless to fight the witch, so it was left to Simonia to save her man, and her marriage. Together these two lovers set out on an adventure of a life time, to capture and destroy a powerful witch who is hell bent on destroying their marriage. Will they succeed against the power of evil?