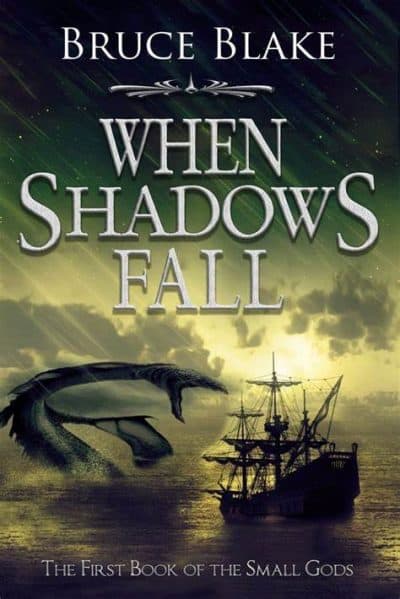 When the Shadows Fall (The Small Gods Book 1)

In a fight against the gods, what chance to do two seemingly-average humans have?

An ancient prophecy threatens the return of the Small Gods to seek revenge on those who banished them a thousand years before. According to its words, only one person can stop them: the firstborn child of the rightful king. But King Erral usurped the throne decades past.

For whom are the words intended?

When the prince and princess discover the long-forgotten scroll, Teryk is convinced he is the savior of the kingdom and determines to fulfill his destiny. His sister is not so sure. If he is the chosen one, why is it only Danya can read the words inscribed on the parchment? And what of the other elements of the prophecy: the Barren Mother, the Living Statue, and the Man from Across the Sea? None of them can possibly exist.

Teryk strikes out on his own to become the hero he is meant to be and prove his worth to his father once and for all. His desperate sister and the kingdom’s one-armed champion give chase, but none of them realize the evil they’ve set in motion.