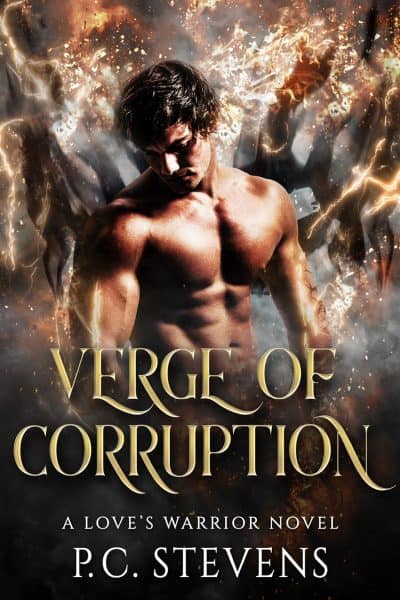 Tris, a Light-blooded warrior on the run, and Zestine, a fearsome cat shifter, come together as spies in this deliciously dark, sinfully sexy tale of war and treachery, love and devotion.

Tris, a Light-blooded warrior on the run, and Zestine, a fearsome cat shifter, come together as spies in this deliciously dark, sinfully sexy tale of war and treachery, love and devotion.

Some of Tris’s kind have callously shunned their roots by trading their Light for the Darkness. By order of the king and queen, he and Zestine are to investigate the unprecedented metamorphosis. To the Dark Dimension they venture, straight into the heart of enemy territory. Their facade requires they pose as lovers, and for Tris to trick his Dark kin into believing he’s one of them, the reality of which proves abominable. He must look the other way while others are mistreated, and partake in heinous tasks to keep from raising suspicion.

Tempting death becomes a means to survive. By surrounding himself in Darkness, Tris’s Light weakens. Though Zestine’s a top predator and efficient killer, it’s not long before she finds herself powerless and close to breaking.

Yet they’re not without a glimmer of hope, as even love can be found in the Darkness. And in their world, love is much more than an emotion. It’s a weapon the enemy won’t see coming.

Finalist/Award of Honorable Mention in Recognition of Excellence in Romance Writing: 2019 Fiction From the Heartland contest by Mid America Romance Authors.

This book is a dark, steamy paranormal romance. It contains explicit sex, language, and violence, including scenes of rape. However, there is NO sexual violence/dub-con/non-con between the hero and heroine.