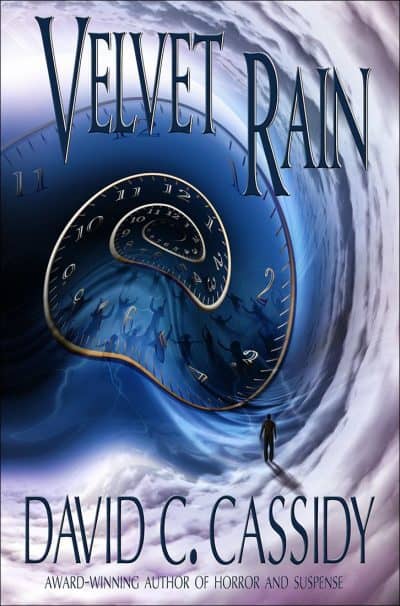 Kain Richards was born a miracle. It will take one to save the world.

(1) Adult
(1) Adult+
Log in to submit or change your own rating.
Click or tap each bar for more details

A mysterious drifter, Kain Richards is the last of his kind—and a man on the run. Once a tortured prisoner and pawn in a secret government experiment, his freedom hangs in the balance against the relentless pursuit from Brikker, an obsessed and brutal madman who will stop at nothing to possess him.

Born with the Turn—the godlike power to reverse time—Kain’s ability is constrained inside a “bubble” that alters time within it. The further back he turns, the larger the bubble, the larger the effect—and the greater, stranger, and more dire and unpredictable the consequences, for those within, and beyond, the Turn’s reach.

Kain also possesses the Sense, giving him knowledge of the previous timeline and fuzzy, incomplete glimpses of the future. While the vast majority of the population don’t have the Sense, some do—and Brikker is one of them. And yet, while those who have it aren’t even aware of it, experiencing little more than déjà vu when time has turned, Brikker’s Sense far exceeds Kain’s, and is utterly dangerous. Not only can he remember every detail of a previous timeline, his glimpses into the future are far deeper, far more telling, giving him a deadly advantage. As these glimpses can only occur when time has turned, Kain is the key to Brikker’s twisted plans that tread an unalterable path to a terrifying future of death and destruction.

Knowing full well he must keep to the road, yet worn from the chase and his curse of the Turn, Kain settles into a job as a farmhand, only to fall for a beautiful and sensible Iowa farmwoman. Unable to stay but unwilling to leave, his dark secret sets their lives in peril. His health and his powers failing, only an iron will in an epic final battle will give him the chance to stand against the evil menace that threatens to consume him and the woman he loves—and to save the world from a hellish apocalypse.