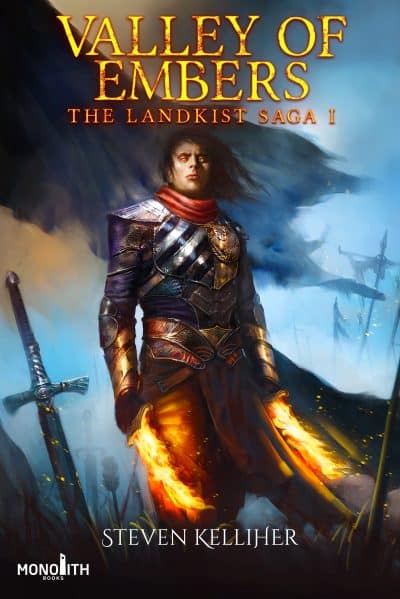 When Kole Reyna, Ember of Last Lake sets out to challenge the Sages once and for all, he ignites a war beyond reckoning. Tolkien meets Miyazaki in a new breed of epic fantasy, where elemental warriors clash with immortal wizards and ancient gods.

The Sages must die.

For centuries, the immortal sorcerers have warred, perpetuating a continent-shattering conflict whose beginning has been lost to time, and whose ending may never come.

Immersed in their own petty rivalries, the power-mad titans have forgotten the true war. They have forgotten what lurks in the darkness between realms, and whispers promises into the void.

An ancient race of elemental warriors stand in the midst of the chaos, enduring the War of Sages while preparing to face the true threat. Among these powerful defenders, the flame-wielding Embers have long been mightiest, with some said to be capable of rivaling the Sages themselves.

But now their light is fading, and few remain to push back the darkness.

When Kole Reyna, Ember of Last Lake sets out to challenge the Sages once and for all, he ignites a war beyond reckoning.

Kole has never believed in destiny, but with his people hanging on the precipice and his home on the brink of ruin, he must discover the limits of the one power he fears above all else.