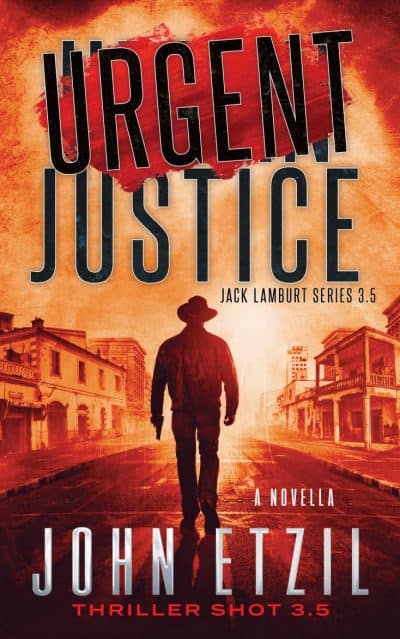 An abducted teen. A perverted prophet. One sheriff’s revenge will come in a wave of fire and brimstone . . .

“With intense action scenes, cutting dialogue and sparse, mood-setting language, Etzil maintains the same relentless tone and pace of his earlier books (…) Etzil does a very good job of slowly cranking up the pace and the intensity, releasing the valve with occasional moments of levity (…) Etzil has carved out a well-deserved following with his Jack Lamburt series” –Self-Publishing Review

A small-town sheriff will catch a predator, come hell or high water . . .

Nothing raises Sheriff Jack Lamburt’s hackles like a child in danger. After a local orphaned teen disappears under suspicious circumstances, he vows to bring her home safe. And there’ll be no escape from the world of pain he’ll leave in his wake . . .

To track down the missing girl’s abductor, Jack teams up with the only resident who can spot the culprit out of a crowd—a feisty 90-year-old with a taste for rye whiskey and revenge. But what was supposed to be a recon-only road trip soon takes a treacherous turn. And the two traveling companions find themselves fighting for survival in a crooked town overrun with the vicious disciples of a sexual predator and self-proclaimed prophet.

To save the girl, Jack will have to bring the entire unholy criminal network to its day of reckoning . . .