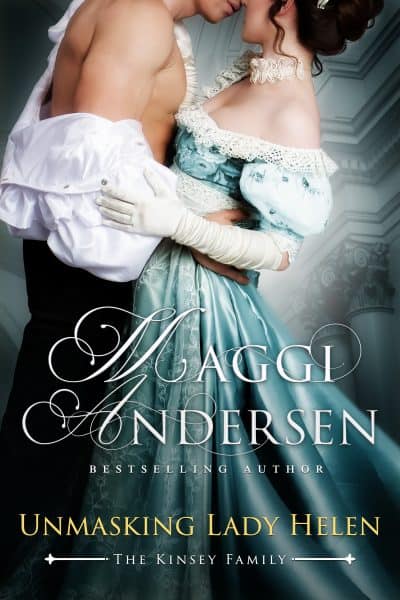 At twenty-four, Lady Helen Kinsey has her future mapped out, and it does not include marriage. But when a handsome earl enters Kinsey House on a mission to discover why their footman was poisoned, she finds herself drawn into the mystery—and to the earl himself.

Sometimes the biggest risk we take is with our hearts.

At twenty-four, Lady Helen Kinsey has her future carefully mapped out: a life of gentle quietude in the country caring for her unmarried brothers and walking with her dog. It does not include marriage, a dream she banished after her first Season. But when a handsome earl enters Kinsey House in London on a mission to find out why their footman was poisoned, she finds herself drawn into solving the mystery. And despite resistance on her part worthy of an army maneuver, she is irresistibly drawn to the earl himself.

After Whitehall receives a letter warning of a plot against the Crown, Jason, Captain Lord Peyton, is sent to investigate. Surely the famous explorer Lord Lawrence Kinsey could not be behind it. He is engrossed in roaming ancient libraries and tombs in the East and bringing back their treasures for the museum. But after Peyton finds a fragment of a burned letter, it appears that something dangerous lurks in Kinsey House, and Peyton becomes determined to keep the defenseless family safe, and one member particularly. Lady Helen has built a wall around herself and holds him at arm’s length. But arm’s length is not where Peyton wants to be.

As the mystery unfolds, it becomes imperative for Peyton and Lady Helen to work closely together, very closely indeed.