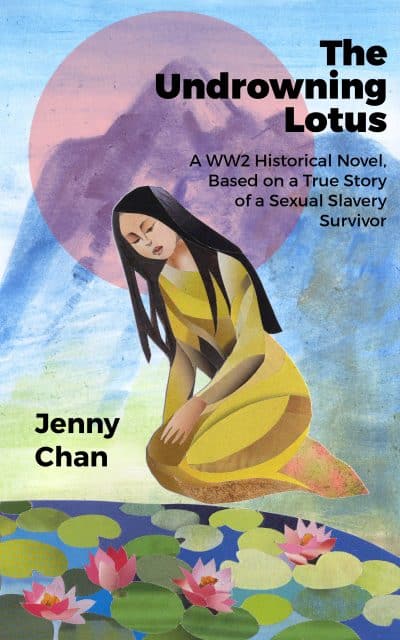 Undrowning Lotus: A WW2 Historical Novel, Based on a True Story of a Sexual Slavery Survivor

Ianfu. Comfort Women. That was the name of the 200,000 women and girls forced into sexual slavery by the Imperial Japanese Army during World War II.

Ianfu. Comfort Women. That was the name of the 200,000 women and girls forced into sexual slavery by the Imperial Japanese Army during World War II.

Based on a true story, Undrowning Lotus centers on Chunhua, who grew up during the opium crisis in Shanxi, located in Northern China. After being sold as a child bride, her feet were bounded by her in-laws, a popular practice in China at the time. She worked on the farm day and night while trying to find meaning in her life.

As communism rose in China, she became a revolutionary. This allowed her to contribute to her country at a time of civil war in China. However, during the invasion of China by the Imperial Japanese Army, she was captured and put into sexual slavery, known as comfort women station. According to Iris Chang, the author of the Rape of Nanking, these women were called “public toilets” by Japanese soldiers.

This is a story of survival through the comfort woman station in Northern China, where our heroine escaped and was recaptured a couple of times before the war ended.
This book features interviews from 2014 with Chinese comfort women from Shanxi before they passed away as well as rare photos of a comfort station from Northern China.