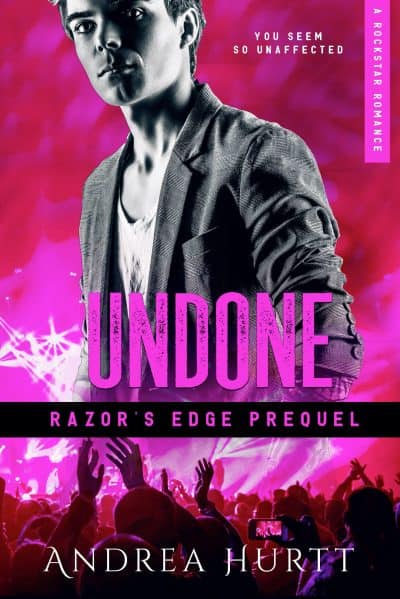 Take a look into the world of Razor’s Edge, the hottest popband in the world. Before we meet the band, let’s meet the little brother . . . and the trouble he can cause.

It was only a rose, left to show affection.

Grace Harrison stepped out of her comfort zone, traveling a great distance to audition for a musical with a high profile theater company, she was filled with excitement and fear. She had never left her home state before.

Climbing the ranks through auditions, one step closer to playing her dream role, she finds that things aren’t always as they seem. Then, mysterious roses begin appearing, with no hint of who they are from.

Charles Ford had spent most of his youth in the limelight. To him, this was just another show he would headline, nothing special. He never expected his life to change when one woman kissed him during an audition.

He fell quick and hard for this woman, his desire to have her, not only as his costar, but as his lover taking over his sensibilities.

Whether she meant to or not, her careless kisses would be his undoing.