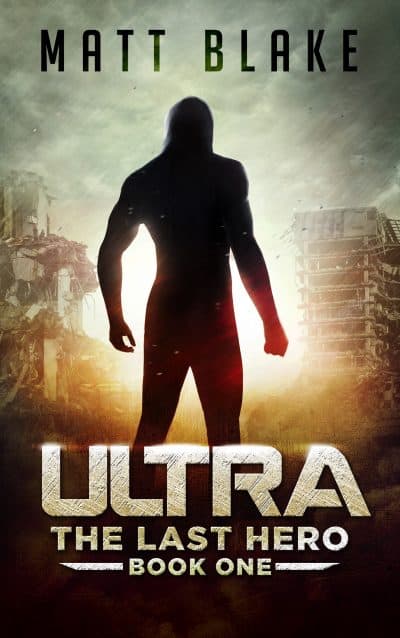 They were supposed to be the perfect creation: super-powered humans with extraordinary abilities, designed to keep the planet safe in dangerous times. Heroes.

They were supposed to be the perfect creation: super-powered humans with extraordinary abilities, designed to keep the planet safe in dangerous times. Heroes.

But too many of those creations went rogue. The Heroes were branded ULTRAs by the government, hunted down. Civil wars erupted. In the end, the ULTRAs were wiped from existence, consigned to the history books.

Kyle Peters is a teenager going nowhere. He’s a geek, he’s awful at sports, and he doesn’t have the courage to tell the girl of his dreams how he feels. His life is at a standstill, and it doesn’t look like changing any time soon.

But when Kyle is caught up in a terrifying hostage situation at a soccer stadium, he discovers he is capable of amazing things: he has the abilities of an ULTRA.

Now, with a rival ULTRA devastating the planet, and the government keen to wipe all ULTRAs from existence once more, Kyle must battle his own fears and master his powers if he is to become what the world needs more than anything: a true Hero.

But Kyle fast learns that becoming a Hero is way more difficult than it seems in the stories . . .

ULTRA: The Last Hero is a gripping, fast-paced superhero/urban fantasy story, and the first in a series. With loveable characters, nail-biting action and adventure, and thrilling twists and turns, ULTRA is sure to delight all fans of the genre.