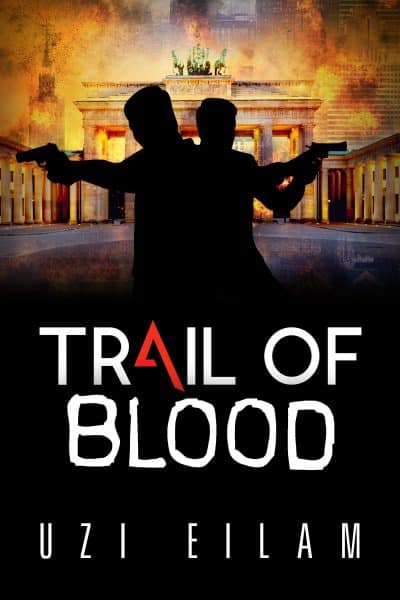 A murderous terror attack forces Gideon Ben Ari to help the Mossad in its extensive manhunt. With the Mossad hot on his tail, Nimer Al Khaladi is already planning a new attack. Now, Gideon and Nimer are on a collision course and only one will survive.

Two old friends find themselves on a bloody collision course.

Dr. Gideon Ben Ari was convinced he had found peace and quiet at last.

But a murderous terror attack that leaves dozens of children dead forces him to postpone his plans and assist the Israeli Mossad in its hunt for the perpetrators of this abominable crime.

With the Mossad hot on his tail, Nimer Al Khaladi, the terrorist, does not rest for a moment. He is already planning a new attack, one that will resound around the world for years to come.

In collaboration with Iran and North Korea, he is working on long range missiles armed with nuclear warheads, an ambitious project that if brought to fruition, could destroy the fragile world balance.

Now, Gideon and Nimer are on a collision course. Neither is aware that the pursuer and the pursued have already met in the past and any decision they each make from now on might affect their future and that of the entire region . . .