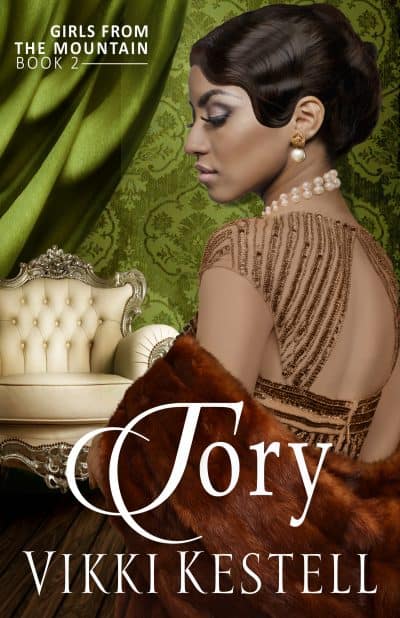 Tory (Girls from the Mountain Book 2)

Victoria Washington, designer of haute couture gowns for the wealthy and elite of Denver, a brilliant and successful business woman in her own right. But Victoria’s past hides more than one dark secret. What will happen when those who hate her expose her secrets?

Victoria Washington—sophisticated and elegant, owner of Victoria’s House of Fashion, designer of haute couture gowns for the wealthy and elite of Denver, a brilliant and successful business woman in her own right. Tory, as she is known to her friends, is also a supporter of Palmer House—a most extraordinary refuge for young women rescued from prostitution.

Deceived, kidnapped, and beaten into submission, the girls of Palmer House had been held captive in Corinth, the little mountain village above Denver, forced into an occupation not of their own choosing, until freed by the combined efforts of U.S. Marshals and Pinkerton detectives. Through no fault of her own, Tory was one of those girls—also rescued from a life of shame and degradation.

And Tory’s past hides more than one dark secret: She was born in the deep South to Adeline Washington—a negress, the daughter and granddaughter of slaves, and the “kept” woman of a wealthy, married white man. Tory’s mixed blood, her illegitimate birth, and the shame of her exploitation follow her down the mountain and haunt her, even to the cusp of her success.

What will happen when those who hate Tory expose her secrets? Will her business and reputation survive the scandals? Or are the rumors a cover for a more sinister plot? Is Tory’s life also in danger? And, if so, why?