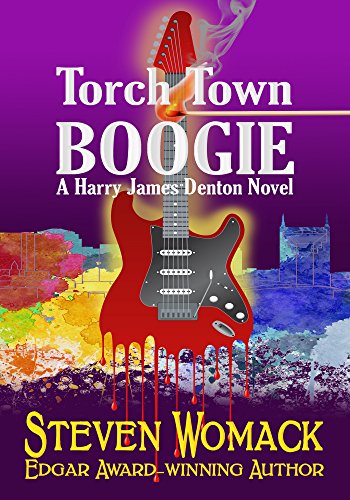 The magnificent mansion across the street from Nashville P.I. Harry James Denton’s apartment is consumed in a suspicious fire, and the blaze has all the scorch marks of the East Nashville Arsonist. Denton’s looking for a new case—now he’s got one and it includes murder.

Former reporter Harry Denton is a few repo’d cars and one murder case into his fledgling private eye career just as the East Nashville Arsonist sears his way into the headlines.

The arsonist’s fiery rampage has targeted nineteen homes, with no injuries until the epic destruction of a magnificent Victorian mansion. This one claims the life of Nashville’s shrink to the stars, possessing an all-star clientele that includes Nashville’s biggest televangelist, country music royalty, and the mayor.

With two weeks till the wedding, pre-nups have been signed and wills made, leaving everything to Lanie, Harry’s ex—effectively making Lanie the prime suspect. Quickly realizing there’s nothing to do but woman up, she hires ex-hubby Harry to find the arsonist.

But she doesn’t come empty-handed—she has an incendiary clue for him: a letter she received, mailed to former patients of the dead man, revealing that the doctor’s been dining out on their agony, spinning tales at parties that named names and spilled secrets. Not only that, the letter writer has documented the doctor’s indiscretions and the secrets and mailed them to a confidential list of a dozen of Nashville’s elite.

That means twelve VIPs with a motive for murder. Clearly, it’s too juicy a case to turn down.