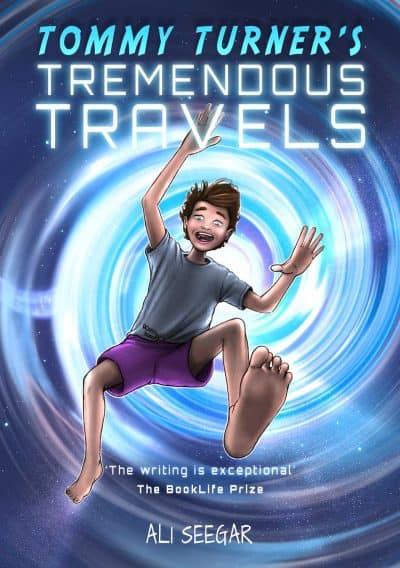 A thrilling, time-travelling tale from the Tommy Turner adventure series.

“Wonderful novel! Fantastic, heart-warming and fast-paced adventure that was impossible to put down.” —The Book Traveller.

“It’s great we have found a series of books that my son loves, and wants to read, and enjoys.” —The Mad House of Cats and Babies.

Tommy doesn’t feel much like a hero, and who would with an unbearable family, a new school to fit into, and the threat of the Higgins Twins’ fists on Monday morning. But then a chance meeting with old Mr Petrovsky propels Tommy into a time-travelling, adventure-chasing, double life. By day he’s just a normal, messed-up, football-loving kid, but his nights are spent visiting aliens, fighting mythical creatures, and even winning the World Cup! But can he learn to win at school, too? And, when Mr Petrovsky tells Tommy about his childhood escape from Russia, will he have the courage to become a real hero?

A time-travelling, edge-of-your-seat adventure with 27 illustrations.