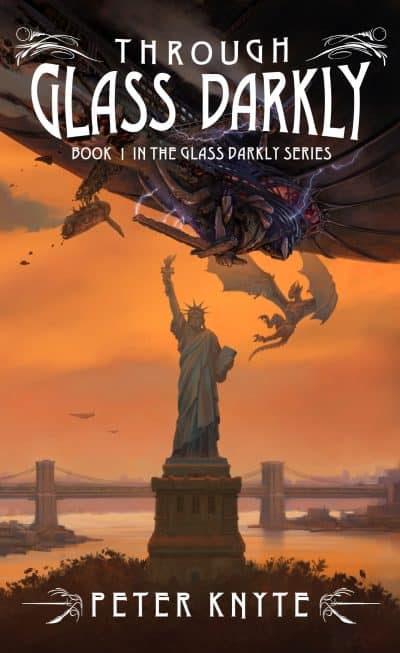 A monster with a perfect disguise stalks the city streets, preying on the vulnerable. An airship bristling with weapons appears in the night sky over New York. But the crew aboard are almost dead, and the people of this world have never seen them or their ship before!

A powerful thunderstorm rages over New York City sending its citizens dashing through the torrential rain . . .

Between the lightning flashes a strange craft of huge proportions suddenly appears, a metallic airship bristling with weapons. But the ship is clearly damaged, with large holes in its sides through which twisted metalwork protrudes, and countless shattered windows that reveal a dark and lifeless interior.

However, despite the appearance of this great vessel, the captain and some of the crew cling to life, but this is not the city or the world they left, dispatched on a desperate mission to stop an enemy of unimaginable ferocity.

Where has this ship sailed from, and how can her captain and crew find their way home, when the craft which has been their home now lies in ruins, and when the enemy that has nearly destroyed them appears to have followed them to this new world, which looks and feels so like their own?

Set in the mid 1930s, the Glass Darkly series follows the adventures of Captain Howard Hughes and the crew of military airship Kubla Khan, as they travel into a strange other dimension known as the Miasmic Expanse, trying to find their way home. The Glass Darkly series is an alternative history, science fiction story, suitable for most ages. It features fictionalized versions of real historic individuals and places, but is purely a work of fiction.