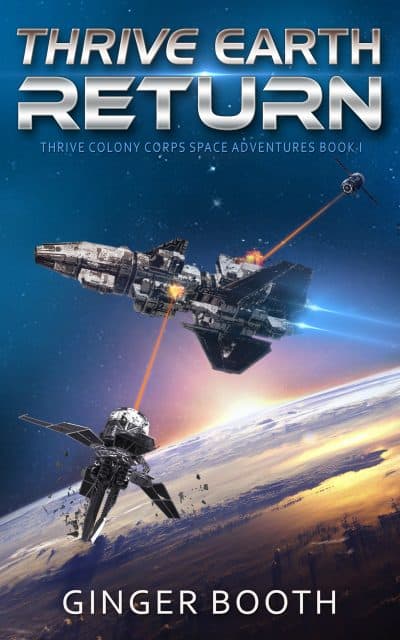 Sass returns to Earth after a century and finds it far from dead. Can the reborn Colony Corps make friends in the home system? Or are the new enemies too big to handle?

They thought Earth was dead.

Captain Sass Collier can’t die. A century ago, the Colony Corps carried her to the stars in the exodus called the Diaspora. Because Earth was doomed.

She returns with tech advances from the colonies, hoping to restore the one best planet for humanity, and save isolated pockets of desperate survivors.

Instead her motley crew from the boonies finds not one, but three surviving worlds—Earth, Luna, and Mars. And she’s with the invading aliens.

Her homecoming starts with a bang.

The Northern League tyrannizes Earth now. They capture Sass and her ship to hold hostage against each other.

Can Sass save her crew from its most powerful foe ever—the mother world?