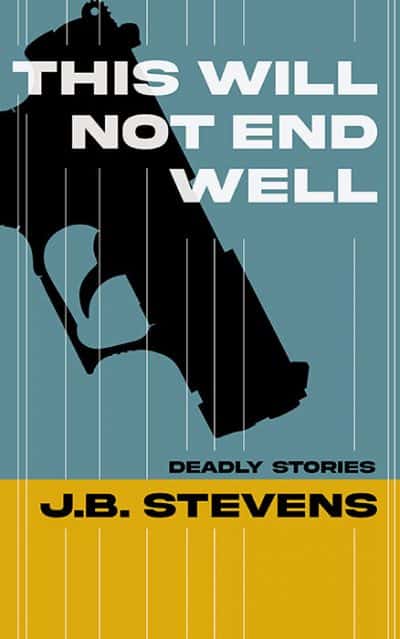 This Will Not End Well: Short Crime Stories

This crime-story collection showcases four works formerly included in prestigious magazines. This is the first time you can get these stories for free. Crime fiction fans are sure to enjoy the work.

The opening piece, A Good Friend, was featured in Mystery Weekly Magazine. This is a surprising crime story full of twists. It is about a down-on-his-luck young man in Savannah who stumbles into a business opportunity that may be too good to be true.

The second story, The Fighting Squid, was showcased in Shotgun Honey. This is a fast-paced, funny, crime-caper about two brothers, and one’s hatred for invertebrates.

The third story, The Tooth Fairy Deserves Peace, is a hilarious take on the inner lives of mythical beings. It was in Slackjaw Comedy. The story covers the love affair between Krampus and the Fairy Godmother, as well as a SEAL Team 6 hit squad.

The closing story, Bobo and the Knife, is a dark noir tale about a drug-world sicario and a drug dealer operating out of the circus. It was featured in Pulp Modern.

This is the first time you can get these stories for free. Crime fiction fans are sure to enjoy the work.

“Stevens’ words hit you like a prizefighter, and once you’re down they don’t let up until the last line. The writing is so visceral, so intense, so realistic . . . incredibly moving.” —Stuart Ashenbrenner of Best Thriller Books