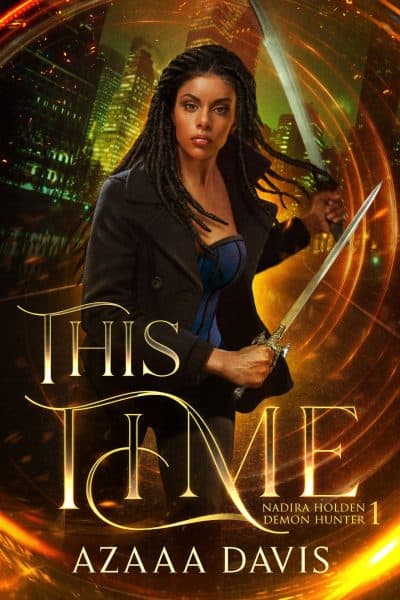 Nadira has problems. Ever since her resurrection, she’s been having mysterious blackouts. Forced to rejoin the endless fight for the souls of mankind, is Nadira a few bad deeds away from losing her humanity?

Resurrected into present-day New York, Nadira Holden is asked to save the world . . . again.

She achieved legendary status when she gave her life to protect humans from demons. To her, it was yesterday. To the rest of the world, it was twenty years ago. Understandably, Nadira is adrift.

People have made peace with demons, worshipping them like celebrities.

No one wants to believe that the beautiful creatures who brought magic to mankind could be responsible for the disappearance of so many people.

When her father goes missing, Nadira refuses to play nice. Gloves off. She has to do what she does best. Fight.