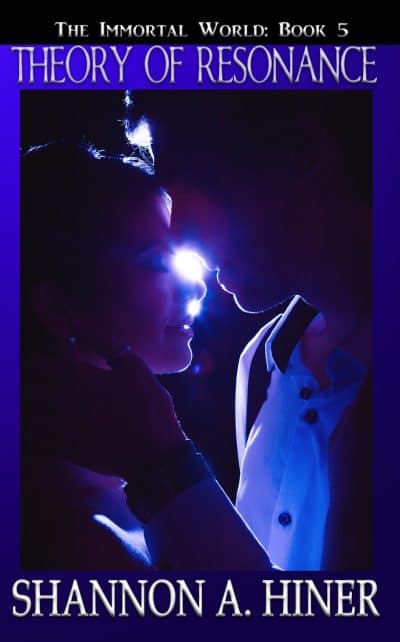 by: Shannon A. Hiner

She doesn’t believe in the fantastic.

Bree O’Quinn’s life is a strict schedule of college courses, work, and research. The only thing that matters is earning her degree with top marks and going on to cure diseases. She doesn’t have time for distractions. And an attractive young man who’s studying science, has impeccable manners, and seems interested in her? Too good to be true.

He is the fantastic.

Errin Kaye has made his entire immortal life about helping others, and his medical practice has grown over the decades to serve immortals of all species. Lately, his work has put him on the radar of some deadly people, and being his friend isn’t as safe as it once was.

What is magic anyway, but that which hasn’t been explained yet?

Though he’s always tried to stay on his leader’s good side, Errin is no stranger to bending Hadrian’s Laws when it suits him. What’s one more transgression in favor of Bree’s warmth and humanity? But this time, he’s not just gambling with his own life, and when the vampire leader finds out, Bree and Errin face an ultimatum from Hadrian. Is what’s between them love or mere fascination? Is it worth risking everything for? Is it worth dying for?