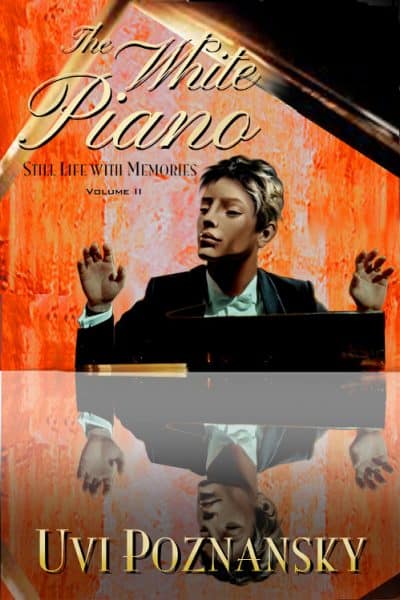 About a year ago I sifted through the contents of my suitcase, and was just about to discard a letter, which my father had written to me some time ago. Almost by accident my eye caught the line, “I have no one to blame for all this but myself.”

Coming back to his childhood home after years of absence, Ben is unprepared for the secret, which is now revealed to him: his mother, Natasha, who used to be a brilliant pianist, is losing herself to early-onset Alzheimer’s, which turns the way her mind works into a riddle. His father has remarried, and his new wife, Anita, looks remarkably similar to Natasha—only much younger. In this state of being isolated, being apart from love, how will Ben react when it is so tempting to resort to blame and guilt? “In our family, forgiveness is something you pray for, something you yearn to receive–but so seldom do you give it to others.”

Behind his father’s back, Ben and Anita find themselves increasingly drawn to each other. They take turns using an old tape recorder to express their most intimate thoughts, not realizing at first that their voices are being captured by him. What emerges in this family is a struggle, a desperate, daring struggle to find a path out of conflicts, out of isolation, from guilt to forgiveness.

Do you like reading a family secrets and romance novel, especially when it is tinged with family saga romance and family sagas historical fiction, set in the 20th century? Then this series, Still Life with Memories, is for you.