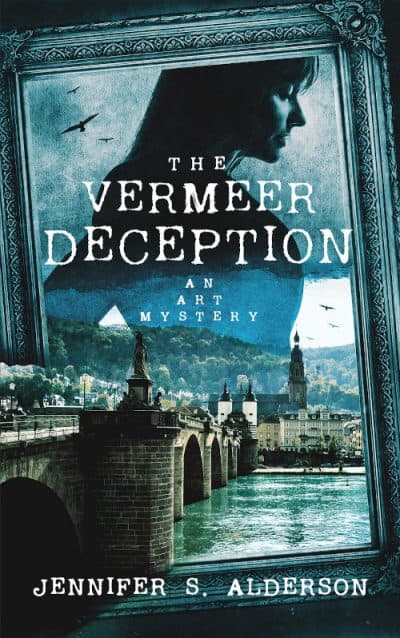 An art historian finds—then loses—a WWII-looted portrait in this exciting art history mystery set in Germany and the Netherlands! Can Zelda uncover the truth about the Vermeer before she is painted out of the picture permanently?

An art historian finds—then loses—a portrait by Johannes Vermeer in this thrilling art mystery set in Munich, Heidelberg, and Amsterdam.

When Zelda Richardson investigates a new lead about a missing portrait by Johannes Vermeer, no one expects her to actually find the painting in a retired art dealer’s home in Munich, Germany. Not her parents visiting from America; her boss, private detective Vincent de Graaf; or the rightful owner of the Nazi-looted artwork.

However, Zelda’s jubilation turns to horror when she arrives to pick up the portrait and finds the art dealer dead and several frames smoldering in his fireplace.

Was the Vermeer a fake and its “discovery” a cruel joke played on a Nazi victim? The Munich police, Zelda’s family, and Vincent certainly think so.

Yet the art dealer’s best friend believes he was murdered and the real Vermeer stolen by an underground network of art looters, one established during World War II and still active today. The problem is, no one believes him—except Zelda.

Zelda soon finds herself in a dangerous game of cat-and-mouse with immoral art collectors, corrupt dealers, and an all-to-real killer who wants her to stop searching.

Can Zelda uncover the truth about the Vermeer before she is painted out of the picture permanently?