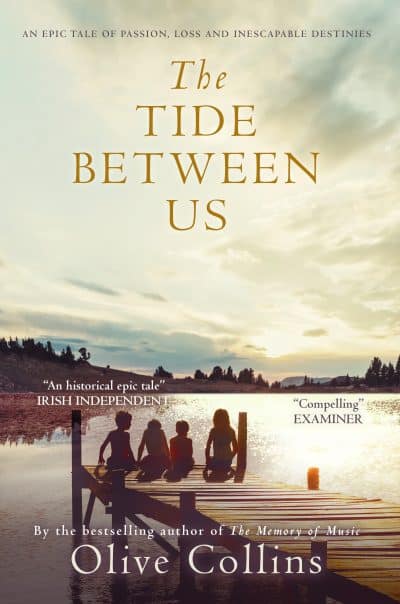 The Tide Between Us: An Epic Irish-Caribbean Story of Slavery & Emancipation

1821: A cargo of Irish children is deported to the cane fields of Jamaica. 1991: Their story is uncovered.

1821: Among the thousands of Irish deportees to the Caribbean British Colonies is a 10 year old Irish boy, Art O’Neill. As an Indentured Servant on a sugar plantation in Jamaica, Art gradually acclimatises to the exotic country and the unfamiliar customs of the African slaves.

When the new heirs to the plantation arrive from Ireland they resurrect the ghosts of brutal injustices against Art. He bides his time and hides his abhorrence from his new master by channelling his energy into his work. During those years he prospers, he acquires land, he sees his coloured children freed after emancipation as he takes us on a multi-generational historical saga. Eventually Art is promised seven gold coins for seven decades of service. He doubts his master will part with the coins. The morning Art sets out to claim his gratuity, he ignores his sense of foreboding that he may not return home alive.

Ireland 1991: One hundred years later a skeleton is discovered beneath a fallen tree on the grounds of Lugdale Estate. By its side is a gold coin minted in 1870. Yseult, the owner of the estate, watches as events unfold, fearful of the long-buried truths that may emerge about her family’s past and its links to the slave trade. As the skeleton gives up its secrets, Yseult realises she too can no longer hide.

Inspired by the real story of 2,000 Irish children deported to Jamaica and the statistics that 25% of Jamaican citizens claim Irish ancestry. The Tide Between Us is a powerful novel documenting true historical events and the resilience of the human spirit.