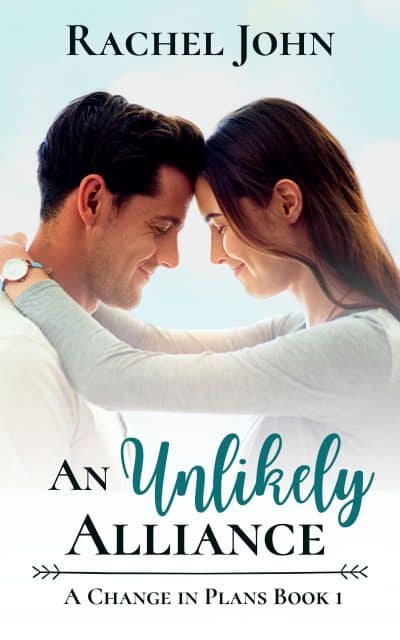 An Unlikely Alliance (A Change in Plans Book 1)

Two strangers, one impossible situation, and the little girl who needs them both . . .

When Corrie Windsor’s roommate dies in a car accident, she leaves behind her four-year-old daughter, Ella. Corrie loves the little girl and hopes to adopt her, but instead, she has to stand by while Ella’s uncle takes custody.

But Corrie’s not about to walk away.

She’s been taking care of Ella for most of her life, and that won’t stop now. If it means following Preston to Arizona, Corrie will do it. If it means being the nanny, and watching his girlfriend bond with Ella, she’ll do that too . . . despite her growing attraction to him.

Preston Ford was not prepared for fatherhood, but once he meets Ella, there’s no other choice. Corrie’s help is heaven sent, but she’s also a distraction that’s messing up all his carefully laid plans.

With more than one heart hanging in the balance, how long can their platonic teamwork really last? Romance has never been this complicated.

**Previously Published as The Start of Us**