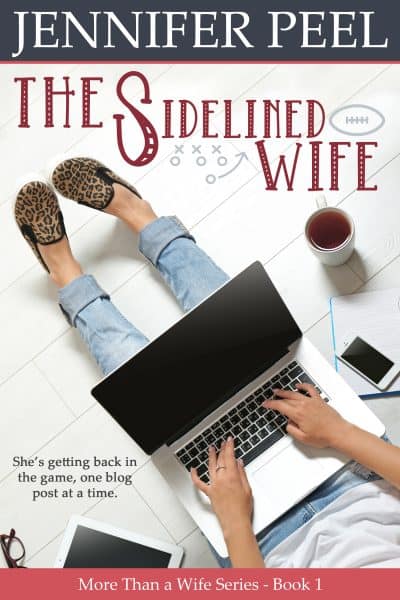 The Sidelined Wife (More Than a Wife Book 1)

She’s getting back in the game, one blog post at a time.

Samantha Higgins never thought driving her husband’s car would forever change her life. But one conversation later, heard through his Bluetooth, and Samantha is changing her last name. While trying to figure out who Samantha Decker is, she writes what she thinks is one final post on her blog, announcing her divorce. When the post goes viral, she finds herself with a new title, The Sidelined Wife, and an unbelievable following.

Then her younger brother’s best friend, Reed Cassidy, who she used to babysit, moves back to town as the new head football coach for her son’s high school team. Reed has harbored a crush for his old babysitter all these years. But, Samantha isn’t keen on dating anyone, much less a younger man who used to booby trap her bedroom with firecrackers.

While Samantha is doing her best to learn the rules of single life and being a semi-celebrity, Reed comes in and changes the game. Now Samantha must decide if she should get back on the field or if she prefers the sidelines.