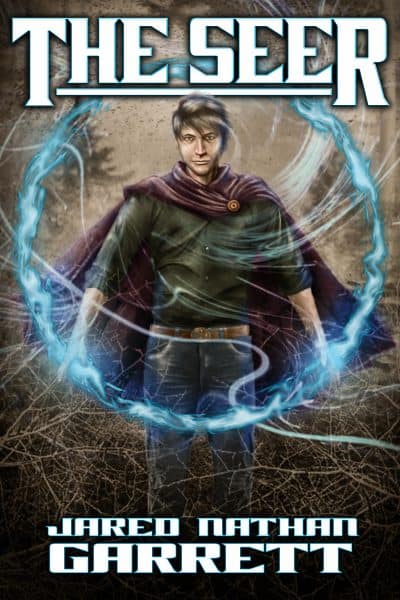 The Seer: A Story of the Thirty Six

After finding the ancient cloak of Joseph of Egypt in a deeply hidden tomb, Nathan gains extraordinary powers of perception and is thrust into a race to stop a cursed terrorist while staying ahead of a brutal assassin. Can he become one of the Thirty-Six in time?

On a dig in an Egyptian tomb, graduate intern Nathan Eckhoff finds the ancient cloak of Joseph, the dream interpreter who became the Grand Vizier of all Egypt. Yes, that Joseph, the one sold by his brothers to slavers, who rose from grim servitude to the most trusted position in the Pharaoh’s kingdom.

Upon donning the ancient, extraordinary cloak, visions and perceptions assault Nathan—insights into the hearts of the people around him. At the same time, a mysterious being of strange power enters Nathan’s life with words and warnings that terrify Nathan.

Now Nathan must decide, is he the fulfillment of the prophecy of the Lamed Vovniks, also known as the Thirty-Six righteous people upon whom the fate of the world rests? Or is he just a young man who has to stop a murderer corrupted by a cursed relic of ancient power?

Nathan had better find the answers soon, before the assassin on his heels catches him, or a cursed madman kills thousands of innocents. But will he be fast enough to rescue the love of his life?