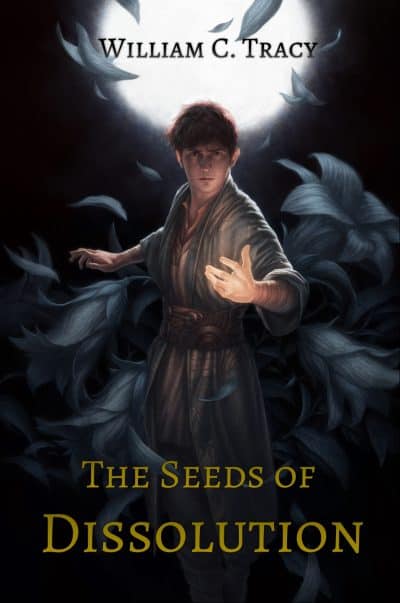 Ancient assassins return, mysterious voids of energy rip through homeworlds, and Sam must battle his own anxiety while coming to terms with his affection for brother and sister twins, who may have secrets of their own.

On a bright August day, the sun disappears.

Sam van Oen barely escapes freezing to death in his house, as his watch stops and fire ceases to burn. He is pulled into the Nether—a nexus between ten diverse alien cultures—where he meets two maji who can control the musical foundation of the universe. While coping with anxiety attacks prompted by his new surroundings, Sam must learn to hear and change the Symphony, and thus reality, in order to discover what happened to his home.

Sam is surrounded by aliens, both strange and familiar, some non binary, or gender fluid. Soon, he meets sister and brother twins, also new to the Nether, who support him during his anxiety attacks. Sam finds he is attracted to both of them, and does not want to choose.

But more freezing voids like the one that started his journey are appearing, and Sam’s chances of getting back are fading. The Assembly of Species is threatening to dissolve and the maji are being attacked by those they protect, while rumors grow of an ancient, shape-changing species of assassins, returning to wage war.

The Dissolution is coming.