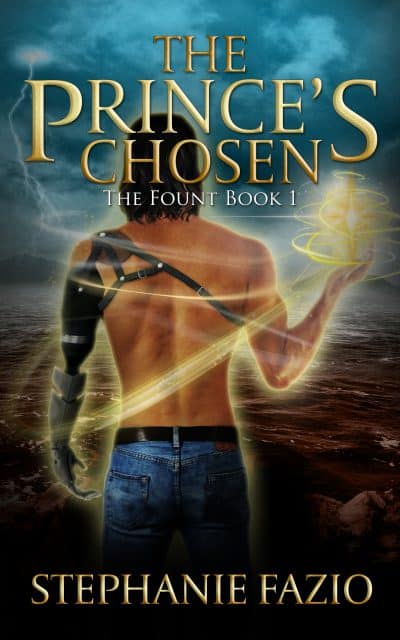 The Prince’s Chosen (The Fount Book 1)

Addy is a farmer in upstate New York. Tol is the prince of a dying magical race. Both are trapped in lives they didn’t choose.

Addy is a farmer in upstate New York. Tol is the prince of a dying magical race. Both are trapped in lives they didn’t choose.

18-year-old Addy has spent her entire life in a small town, where the most exciting activity is watching corn grow. That is, until seven-foot warriors crash through her front door. They kidnap her sister and then try to kill her.

As she faces their swords with nothing but her fists, she’s saved by a man who obliterates her enemies without laying a finger on them. His name is Tol, and he claims to be a magical, mind-controlling prince.

Tol has spent his life searching for the human girl with the power to save his ruined world. Now, he’s finally found her. But Addy can’t afford to risk her life for a world she never knew existed. She is consumed by one thought . . . rescuing her sister.

There is only one chance for them to get what they desperately need. For it to work, Tol and Addy must sacrifice the one thing they are both fighting to keep: their freedom.