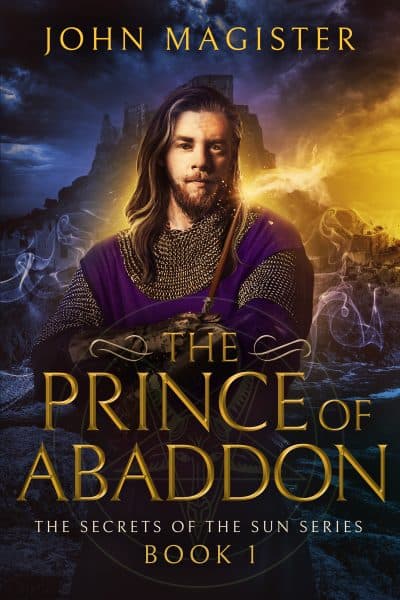 The Prince of Abaddon: Book 1 (The Secrets Of The Sun Book 1)

A doomed prince. An infernal god. Whose power threatens to plunge the world into darkness?

When an ancient feud reignites between the Druids and the Black Wizards, violence and bloodshed engulf the remote land of Abaddon. Christopher flees for his life after the massacre of his royal family, taking refuge in the Druids’ Grove.

No longer able to hide from his bloody past, Christopher must return and reign over hellish Abaddon.

Mentored by the Druid Ferox, the idealistic young Prince embarks on an epic odyssey to banish his dynasty’s invincible foes, the Black Wizards and restore peace to his homeland. Yet as the seasons pass, he finds himself enthralled by the power of the Wizards’ secret Orders and their wicked God, Baal.

Tempted by haze of decadence and lust, will Christopher lead Abaddon to a new age of prosperity, or will he doom his princedom to an eternity of darkness and fire when Baal demands his soul?

Fantasy meets fairy-tale with a magickal twist in this riveting first book in the Secrets of the Sun series.