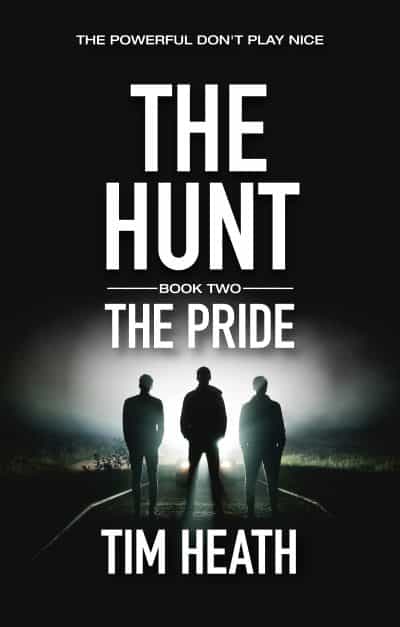 The Pride: The Powerful Don't Play Nice (The Hunt Book 2)

Billionaires don’t easily fall––unless they are up against another oligarch.

“Weaves the powerful and the everyman into a game of extreme survival. Kept me gripped.”

Who said anything was ever fair?

Billionaires don’t easily fall—unless they are up against another oligarch.

With the Games at their ten-year celebration, the rules are reset for one massive Hunt. For all involved, there are no guarantees on anything—claiming multi-millions a hope, death in the process an equal possibility.

With the Russian Presidential election drawing ever closer, the main challengers need to make their move. Ousting Putin is not going to be easy—and there are men to be removed before anything becomes possible.

From the Best Selling author of The Tablet, comes the second installment in The Hunt—his most explosive series yet!

What readers are saying:

“Clever. Fun and enlightening, this tale continues deeper into the machinations of Russian political players (even Putin makes an appearance!), but also returns to one of the previous entry’s characters as he continues to survive on the run. A great mix of high-echelon power plays with grassroots survival.”

“Full of intrigue, double-dealing, death and the wielding of power.”

“Thoroughly enjoyed the second book, so much more detail about the main characters bringing them to life and making you want to know them better. Can’t wait for book 3”

“Great second book in the series. I’m getting to know the characters more causing me flip-flopping emotions between excitement, anger and exhilaration and at times irritation with them all. I don’t however, want to put it down. Bring on the next one!”