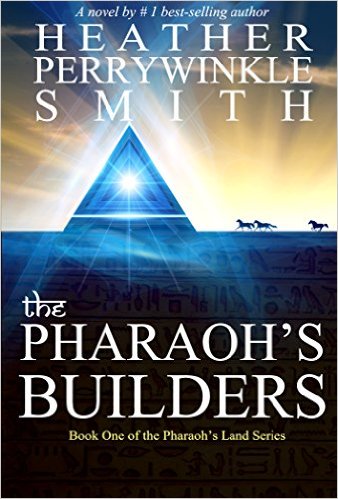 The magical capacities of oneness are what built the unbelievable precision of the first pyramid of Egypt ten thousand years ago. In this fast pace and engaging story, meet the people who imagined the impossible and made it so . . . the Pharaoh’s Builders.

Discover the magical capacities of oneness that built the first pyramid of ancient Egypt.

Born a slave in Pharaoh’s Land, Bilal had little hope or prospects to improve his life. Indeed, his own father has worked mercilessly with their own slave master to mold him into a fighter: the best fighter Pharaoh’s Land has ever seen. They went so far as to put him in death matches. Two men enter and only one leaves alive. He was fifteen when they put him to his first match. His foreign blood line that made him massively larger gave him the advantage, and up to now he had never lost. Losing would truly be the end of him. Only in the darkest recesses of his mind did he contemplate the freedom losing would give him.

Bilal contemplates his next step. Will he choose to plummet to his death? Standing on the cliffs edge, the warm and gentle breeze of day’s end touches him, caressing his body with gentle presence. As he breathes in, taking in beauty of the land and the setting sunlight spreading out before him, he is renewed. The beauty begins to return him to himself and gives him the will to carry on.

It is this transformation from utter despair to hope and possibility that gives him a power far beyond his own comprehension. But there are others who watch him, others who know; he embodies the capacities of oneness that are about to change the world as the first pyramid has begun to be built.

The Pharaoh’s Builders weaves together an engaging story, revealing the magic and beauty hidden in all things and the unlikely choices for kindness in a world most often ugly with the cruelty of those willing to kill for a position of power.