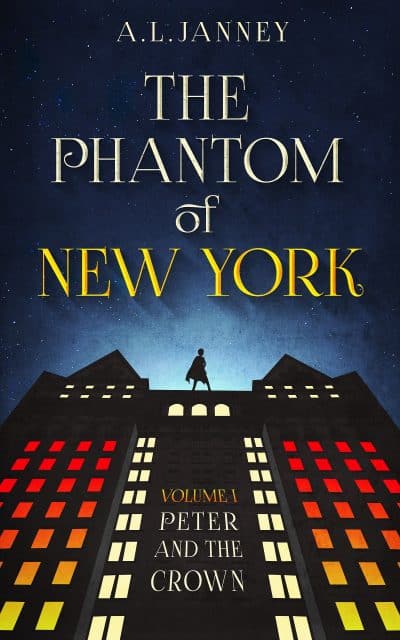 Peter and the Crown (The Phantom of New York Book 1)

Peter Constantine wakes up in the Crown, the most magical hotel in New York, where a princess, a ghost, new best friends, and a pet mouse await him. And so does the infamous Phantom legend. Little does Peter know, the hotel desperately needs his help . . .

When twelve-year-old Peter Constantine wakes up in the Crown Hotel with a new identity, life is over as he knows it. But perhaps that’s not such a bad thing . . .

A dangerous man Peter only knows as “The Evil Treasure Hunter” is after his family, so they’ve relocated to New York City. With help from unlikely friends living at the glamorous hotel, including the ghost on the tenth floor, life begins again. However, Peter soon learns of a plot to destroy his new home, a plot only the Phantom can foil.

Grab a copy of book one today!