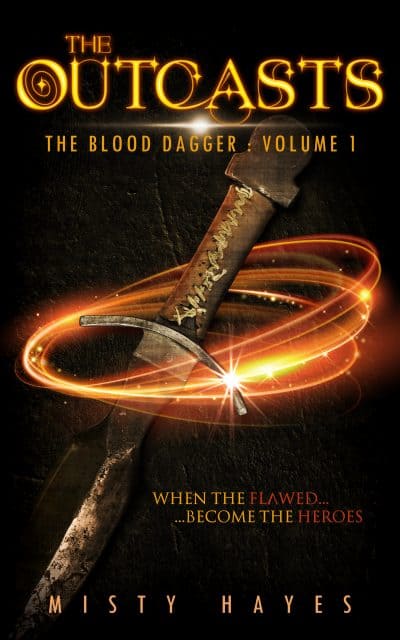 The Outcasts (The Blood Dagger Book 1)

It’s tough being a teenager, especially when vampires are hunting you. For fans of Clare’s Mortal Instruments and the CW’s Supernatural. “I love a good vampire book, and I was ‘sucked’ into this one from the beginning!” —B&N Review

Larna Collins had never understood why her dad skipped out on her and her mother when she was twelve years old. Until then, he was a devoted and loving father. But six years later, during a renovation of her childhood home, she unearths her father’s journal from under a floorboard. According to his final entry, he had recently visited a small parish in England before he left.

The entries drew her to this quaint village, which Larna discovers isn’t as charming as its blood-craving inhabitants want her to believe, and she learns that she isn’t the only one trying to track her father down.

Could this explain her father’s disappearance? Or was placing her in the center of danger her dad’s master plan all along?

The Outcasts is a bestselling, multi-award-winning YA Fantasy. “The Best Vampire Book Ever™. The Best Female Main Character in a Vampire Book Ever™. A vampire book with a bigger girl as a protagonist is also seen as a desirable love interest? This is it. Right here.” —Amazon Review