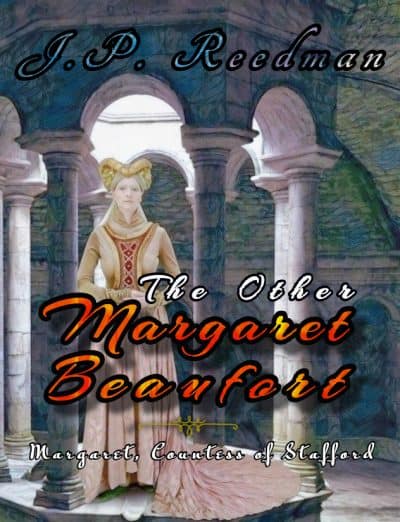 In 15th century England, there are two cousins, both the daughters of dukes, both widowed young, both the mother of sons called Henry. Both are named Margaret Beaufort. One Margaret’s son will be a future king. But the other one’s son will be an infamous rebel . . .

The other Margaret Beaufort is the daughter of Edmund, Duke of Somerset. Proud and temperamental, Edmund’s bitterest enemy is Richard, Duke of York. Rumours swirl about Edmund—Is he to blame for losing many English territories in France? Is he the true father of Queen Margaret’s baby son, Edward of Westminster? Tensions brew at court while King Henry VI lies abed in a catatonic stupor.

Margaret, Edmund’s daughter, wife to Humphrey Stafford, heir of the Duke of Buckingham, is far from this conflict at Brecknock Castle in Wales. She has recently given birth to a son, named Henry for the King, but her life comes crashing down when the First Battle of St Alban’s is fought and her father is killed and Humphrey seriously wounded.

The Wars of the Roses has begun.

Margaret must survive when Humphrey dies and her children are taken into wardship. She weds again, out of necessity, but the marriage is not a happy one, and she succumbs to melancholy and despair, her mother-in-law Elizabeth calling her an “imbecile” when her husband puts the ailing and pregnant Margaret into Elizabeth’s care.

And all through her life, in good times and bad, destiny throws Margaret into strange parallels with her more famous Beaufort cousin, whose star ascends even as Margaret’s falls into obscurity.