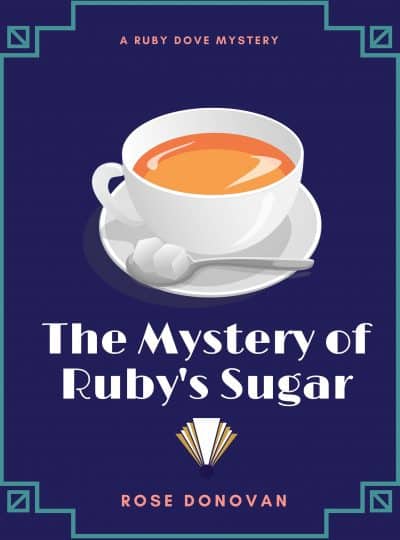 A refreshing golden age cozy. A true whodunit. Match wits with Ruby and Fina in their quest for justice at Pauncefort Hall.

The snow lies heavy around Pauncefort Hall. Dress designers Ruby Dove and Fina Aubrey-Havelock leave behind their Oxford exams to rescue Lady Charlotte’s wardrobe. But what Lady Charlotte doesn’t know is that Ruby is on a mission—a mission to avenge her family and bring down an empire.

As the weather worsens, Ruby and Fina are drawn into the intrigues of Lady Charlotte’s other guests, who include a princess, a furiously left-wing don, a West End starlet—and, it seems, a murderer. After the two resident cads are poisoned, Ruby and Fina must find the culprit and still carry out their secret plans—all before the law arrives. But Pauncefort Hall can remain snowbound for only so long.

Pour yourself a warm beverage and nestle down with The Mystery of Ruby’s Sugar this evening.