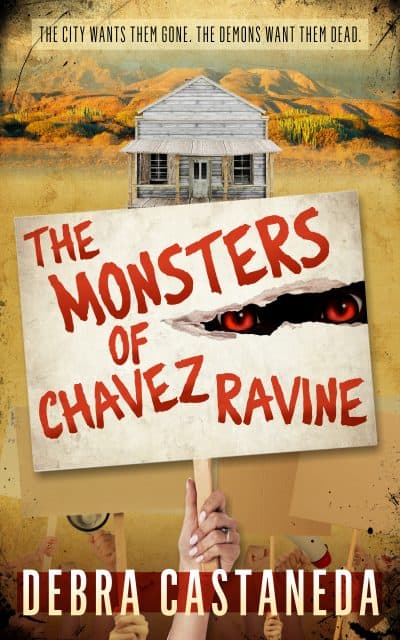 The Monsters of Chavez Ravine

The supernatural and politics collide in this fast-paced urban fantasy novella set in the old neighborhoods of Chavez Ravine, Los Angeles. Can a feisty, sharpshooting heroine and a ragtag group of resisters fend off eviction and monsters?

Los Angeles, 1952. When her father is attacked under mysterious circumstances, 22-year-old Trini Duran must return home to Chavez Ravine, a neighborhood mostly abandoned after the government sent letters to residents demanding that they leave.

While the Mexican American community fights to save their homes, they face a new threat that is even harder to combat than the politicians who want them gone.

Trini discovers the city and the supernatural have joined forces against her old neighborhood—monstrous creatures emerge at night, terrorizing the holdouts.

Trini, a handsome community organizer, a healer with dubious skills, and a ragtag group of fighters take up arms against the elusive enemy.

But to stop the demon invasion, Trini must decide how far she’s willing to go to save the place she once left behind.